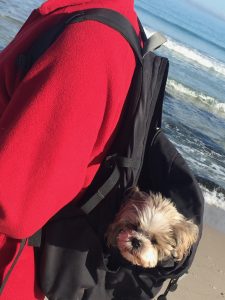 Our hearts were breaking this time last week when our little Millie left us at age 15.  Being partially blind and partially deaf for almost a year did not break her. Her spirit remained well and truly alive, until her kidneys failed and we were left with no choice but to allow her to slip away.

We are gradually coming to terms with losing her, but Sophie, our five-year-old Aussie/Cairns cross still seems lost without Millie.  She’s constantly sniffing around the house and garden… she spends more time sleeping now… and the first night without Millie, she sat at the front window and peered into darkness as she always does when one of us is missing. For me this begs the question, do dogs grieve?

Research says they do, but researchers prefer to refer to this phenomenon in dogs, as stress rather than grief.  They say it applies to cats as well.

According to the experts, when Sophie sniffed at Millie as we buried her, she would have known something was different. But like a very young child, she’d have had no idea about the finality and irrevocability of death.  She would never have guessed this would be the last time she would ever see her canine companion again.

Sophie has depended on Millie for companionship since she joined our family at 8 weeks old —they have never been separated, not for a moment.  So, now she must find her own way.  She must decide who to bark at and who not to… she must sleep alone… she has no-one to argue with over bones and toys… no-one to wrestle with or no-one at her side as she sniffs in the park… and no longer can she rush over after Millie has peed, to cover it with her own scent.  That’s all pretty stressful stuff where you’re a dog! 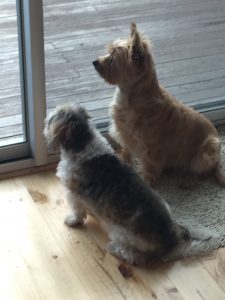 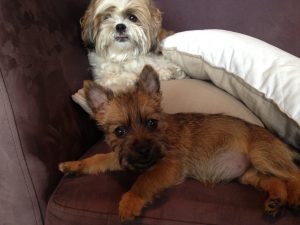 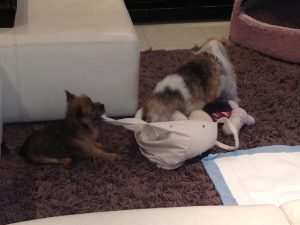 So, the answer is, yes.  Sophie is grieving in her own doggie way.  But the good news is, she’s receiving constant cuddles and treats. For a chronic attention-seeker, that has to be a good thing. Right?

RIP our little Millie.  We all miss you. 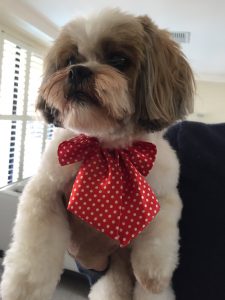 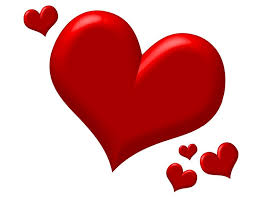