Every day Children’s Court Magistrate Barbara Holborow made heart-wrenching decisions about where children should live, often gleaning insights by asking the child, ‘If you had three wishes, what would they be?’

One day Barbara had such a conversation with a pre-schooler whose eye-contact did not waver. ‘Thank you for answering my questions,’ Barbara told the little girl once the interview concluded. ‘Is there anything you would like to ask me?’

The little girl nodded, her expression sullen. ‘Yes,’ she said, ‘How did you get those tracks on your face?’

So of course the first of Barbara’s three books was titled ‘Those Tracks on my Face’. Barbara who used to say, ‘Anyone who cares enough can do anything’, died of cancer in 2012 aged 81. But not before collecting a wealth of stories… and being responsible for child friendly changes to the court system many said would never happen. 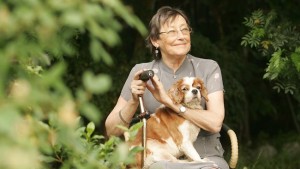