When viewed across a chasm decades wide, sisterhood seems pretty much the same today as it was when I was in my twenties – with one curious difference. . .

A couple of weeks ago, we went to dinner in a trendy new restaurant, an experience that held the unexpected twist of having to wind our way through a thumping laser-lit crowd of club goers to reach the dining section.

Towards the end of the evening, after an impeccable and surprisingly tranquil meal, I discovered that clubbers and diners shared the female restrooms. I joined a queue the length of a freight train and as the line inched forward, settled into conversation with a long-legged beauty in her twenties. Aware that one of the cubicles had remained tightly closed for some time I was about to question if we should be concerned for the person inside when the door sprang open to release three femmes-fatales. Then, to my horror, the next three girls in line jammed into the same cubicle.

Puzzled, I related this story back at my table.

‘Drugs,’ said one of my party, shaking her head with resignation.

‘I used to share the cubicle with my friends when I was single. It’s quicker,’ added my 32-year-old friend.

‘They were in there for ages.’ I said as someone changed the topic.

Still curious I brought it up yesterday with my hairdresser, an up-to-the-minute mum in her twenties who told me, ‘I did the same thing. I still do, but only after a few drinks.’

So, there we have it. Finally, an explanation that sort of makes sense. But is this need to pee in order to talk unique to today’s generation of younger women. Or was it in vogue 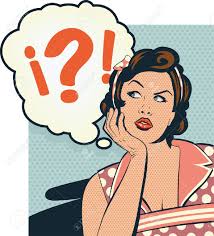 when I was a night-lifer and I simply missed it?