Not long ago someone asked me how I find names for my characters.

The answer is, I search the Deaths columns! And Nesci, the name I gave Laura, the main character in Things We Cannot See, was no exception. But this one came with an unexpected twist.

It happened two months ago while holidaying in beautiful Italy with Australian friends of Italian heritage who mentioned their friends named Nesci, also Italians now living in Australia.  How serendipitous is that? I’d chosen the name because I thought it was uncommon. ‘Did someone in your friend’s family die in Australia about two years ago?’ I asked.

It turns out their friend’s brother had passed away at the time I was searching for Laura’s surname. It was his name I had zoomed in on and taken for my book!

Being Italian our friends could not let this go and drove us to meet their friend who happened to be holidaying in his village. There are no words to describe how magical it felt to be in the village square of Caulonia at sundown, eating gelato and cheese, drinking wine, watching children at play and adults laughing and chattering. Perhaps if Laura had had this experience her marriage to an Italian man would not have been so distastrous. 🙂

We now have a new friend named Nesci. And I have been assured the man whose name I borrowed would not have minded a bit. Indeed, his cousin, also named Nesci, wants to help me write my next story!

Things We Cannot See, will be released by HarperCollins Impulse 1st January 2017, and is available at Amazon, Kobo, iTunes, HarperCollins and all good eBook stores. 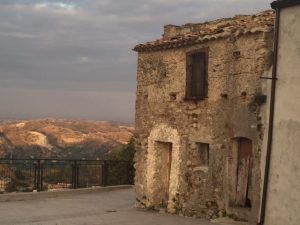 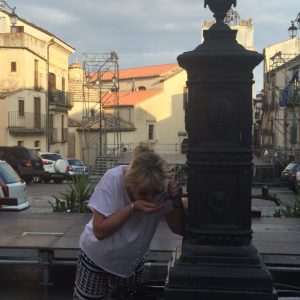