This is me with Rex when we were both two. Rex lived in the flat next to ours. Not too many times but more than once my parents would look up to find Rex and I had simply disappeared from the fenced backyard of our flats. Apparently we would toddle along the main street of Semaphore together and I’m told Rex would always be on my right, gently nudging me away from the road. We would invariably pass the police station so it was not unusual to see Rex and I being driven home in the sidecar of a police motorbike.

The thing is, no one could work out how we were escaping. Our fence was very tall with no gates. And the only access to and from the backyard was through our flat or Rex’s.

So one morning, once satisfied Rex’s parents weren’t unwittingly letting us loose, my mother commenced a regular vigil at the window watching the backyard for every movement Rex and I made. It took some time, but she eventually discovered the answer.

She watched me follow Rex to a loose plank in the fence, which he pushed open. I climbed through the gap and he followed. And of course the offending plank immediately slapped into place without leaving any sign of having been disturbed. Not long after that my father, two nails and a hammer brought our wonderful escapades to an abrupt end.

I know . . . this seems a bizarre story but my mother swears it’s the truth and she is not prone to distorting the truth. So little wonder I cannot remember a time in my life that has not included a dog. And little wonder that Molly the golden retriever barged her way into my debut, ‘What Matters Most’? And feisty terrier Callie magically found her way into ‘Things We Cannot See.’ My next book features a dog as well, a lovable Labrador. As will the next and the one after that. Because dogs speak to us but only if we know how to listen. 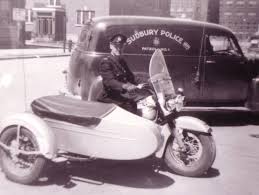