There’s a story behind every story…  Right?  So, I want to tell you the story behind my latest novel, ‘Midnight’s Child.’

All my books start from a seed of an idea. For ‘Midnight’s Child’, it was a mother searching for her lost child. And because of Italy’s unique family spirit I wanted it to span Australian and Italian coasts. So, how could I write this story without first living in Italy?

Last year, Marina del Cantone, an Italian fishing village of 400 people became home for three months. That spring I interviewed, observed, searched the net, poked into dark corners and hired Italian drivers to take me to obscure places. That’s when I discovered the culla per la vita (or cradle for life). That’s when I found my story.

Today 19 cradles operate across Italy. They’ve existed since Medieval times when too many babies perished through abandonment or drownings due to shame or poverty suffered by their mothers. Thankfully their appearance has brightened a little, but nevertheless they are not easy to find. 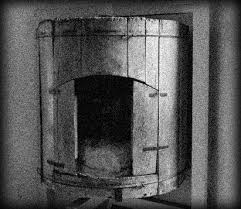 When ‘Mario’ our driver finally located one, I simply leapt from the car and started filming; it was a  window-sized roller door in the wall of a garage-sized building, flanked on one side by a padlocked door and on the other, by two push buttons and a red globe. 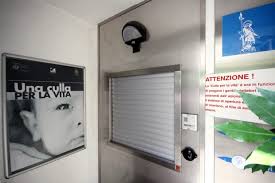 I burned to press that top button. My research said the red globe would lurch into life, the roller door would churn upwards and the cradle would appear for the baby to be deposited. In pushing the second button the cradled baby would retreat back behind the wall and the door would close. Hospital staff would later retrieve the baby and instigate anonymous adoption. Of course, anonymous adoption means the mother and child would never meet again. 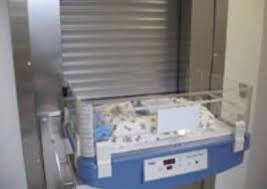 As I hungrily filmed, Mario tapped my shoulder. What I saw when I turned to him confirmed I’d been right not to have pressed that button. There he stood, alarmingly small between three unsmiling men with arms crossed over bovine chests and berets tilted in a combative air. Trembling like a rabbit, Mario handed me his phone.  He spoke limited English and told me via Translate, ‘They want to know if you have permission to film’.

I told them I did not need permission; that this was a public place.  Regardless, two of them carted Mario away while the third watched me and my husband. Mario scuttled back minutes later, shoved us into his car and sped away, eyes flicking towards his rear-view mirror as though we were about to be showered with bullets. Well, not really, but it was highly thespian and Mario’s Italian utterings were far from endearing.  He did not stop speeding and trembling until we were ten kilometres away.

Locals gave varied accounts about why he was so afraid, some of which could trigger a libel suit if I printed them here.  I still don’t understand what really happened. But I am grateful for the story the Culla Per La Vita has given me.