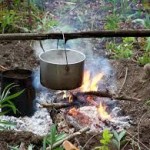 Leave a Reply to Maree Talbot-Smith